No matter which industry you work in, there’s always fierce competition on the sales side of things. As your sales team travels around the world, they need all the edge they can get if they’re going to bring in new clients. Fortunately, there are myriad apps designed to facilitate your sales team’s travel process so […]

How much money does your business spend on outreach? In 2014 the average amount ranged between 9 and 12 percent of sales revenues and could go up to 50 percent when new products are launched. Sales acceleration incorporates strategies that allows sales teams to automate processes and therefore reduce the number of resources spent on […]

Digital technology and the Internet have provided buyers with easy access to more and more brands, sellers, purchase information and buying opportunities. Customers are able to access products and solutions faster. Those changing patterns and technology have also transformed traditional marketing and sales force activity. This is especially true with respect to customer leads in […]

This past week, Intelliverse‘s CEO, Sean Gordon, had the opportunity to be a guest on Atlanta Tech Edge. The weekly television news show runs on 11Alive, Atlanta’s NBC affiliate, and is hosted by investment aficionado Wes Moss. Wes is no stranger to TV having appeared as a contestant on season 2 of “The Apprentice.” Atlanta […] 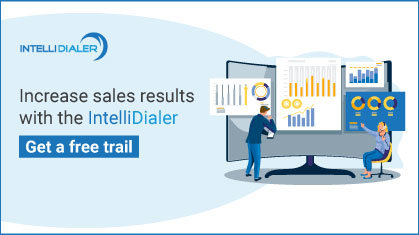