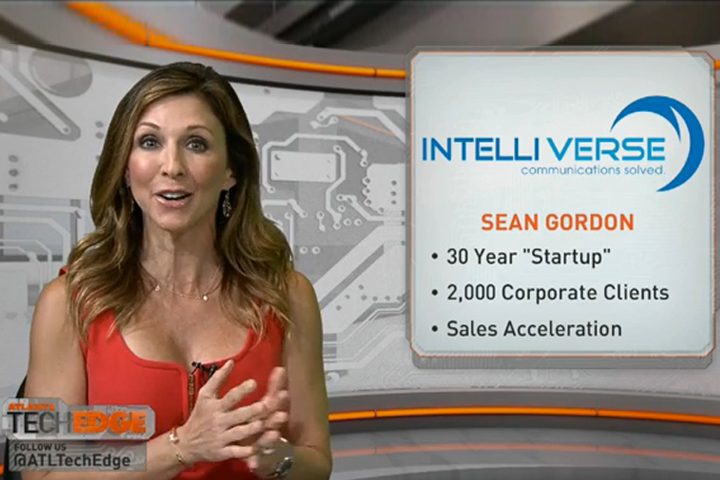 Atlanta Tech Edge airs Sundays at 11:30AM on NBC 11Alive

This past week, Intelliverse‘s CEO, Sean Gordon, had the opportunity to be a guest on Atlanta Tech Edge. The weekly television news show runs on 11Alive, Atlanta’s NBC affiliate, hosted by investment aficionado Wes Moss. Wes is no stranger to TV, having appeared as a contestant on season 2 of “The Apprentice.”

Atlanta Tech Edge has been airing on Sunday mornings for a little over a year. 11Alive’s decision to produce this show with an A-list host and in a decent time slot demonstrates the station’s understanding of its local market. According to the Georgia Department of Economic Development, Georgia is home to 14,900 technology companies and is the country’s 5th largest in terms of technology workers. Projections show these stats rising rapidly in the next few years. A weekly technology news program like Atlanta Tech Edge would have no problem surviving in San Francisco or New York… but has Atlanta’s tech community grown large enough to support such a show?

Lacking any TV rating numbers, one can look simply at the fact that the show has already lasted over a year and also has a very active presence on social media. Good signs, indeed. To further investigate the show’s reach, Intelliverse monitored its web traffic during the broadcast of the company’s appearance on the show. Intelliverse experienced a 3X increase in web traffic- an obvious spike, especially for a Sunday. The company also received several inbound inquires that specifically mentioned learning about the company on Atlanta Tech Edge. Obviously, people are watching the show.

The success of a locally-produced technology show is one of many signs that Atlanta is going to give Silicon Valley a run for its money (ahem), venture capital. Together with the availability of technology talent from Georgia Tech, maturing of established organizations such as the Technology Association of Georgia, and the emergence of new groups such as the Atlanta Tech Village and the Greater Alpharetta Technology Network, Atlanta’s future seems cast in solid silicone.

Having called Atlanta home for its entire 30-year history, Intelliverse is proud of its hometown. Come on down and check out our tech, ya’ll! The Perfect Marriage – Leads And Technology