Ten traits of a super salesperson 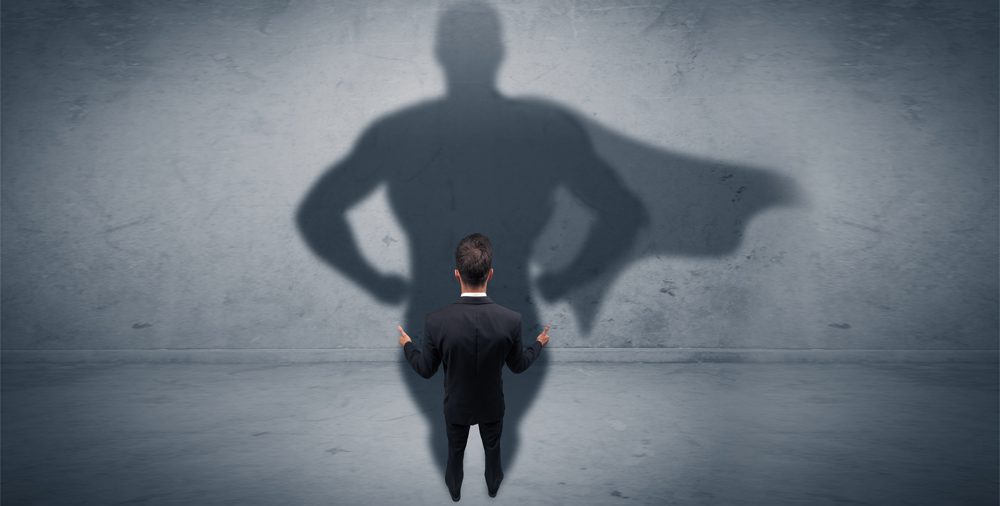 Abraham is one of the star salesmen in a company, an expert in software selling in the B2B arena. Abraham says sales is an exciting profession for him with an element of instant gratification as he can close the deals faster. Jenny joined the organization a year ago, but she finds sales an intimidating profession as she can’t close deals so easily.
This is something that is widely noticed in sales. Few are exceptionally successful in selling, while others find it hard to cope. Identifying a good salesperson’s qualities would help us understand the traits required to be a successful salesperson. What does Abraham do that Jenny finds it hard to do? When asked, Abraham listed the below-mentioned qualities and characteristics that he thinks is behind the success that he represents.

A super Salesman is Confident

Abraham believes confidence is the prime prerogative of a salesperson, and they should exemplify it while presenting themselves and the product. The prospects often get induced by Abraham’s confidence in the product as he explains its benefits. And he notices how customers getting influenced by it. According to Abraham, this ability is one of the primary trump cards of a super salesperson, which helps to act as a trigger for the customer to make the purchase decision.

Selling is all about instilling faith, confidence and educating the consumer about the product or the service in a friendly manner. Abraham has never attempted to sell. He builds rapport, understands the problem, and solves it by selling the product or service. Abraham says he gauges the prospect’s mind and goes on answering the questions that the prospect has in mind without even being asked.

Abraham has mastered the art of how to confront and cooperate at the same time while facing sales rebuttals and negotiating obstacles. He has a unique way of developing rapport and overcoming customers’ rejections to grab the deal. He is incredibly witty and uses his practical intelligence to convince the prospect that the product would exceed expectations in serving the needs of his customers.

Abraham says that he tries to gauge the knowledge of the customers and their minds to identify the customers’ specific requirements and comes up with a solution to satisfy those needs. Like a consultant, Abraham tries to understand the needs and addresses those with empathy, and in doing so, he creates a rapport and an obligation that’s hard to ignore.

They have High Integrity

A high level of integrity is ingrained in the characteristics of a good salesperson, which the customers often like. Abraham is also not an exception. Misrepresentation of facts and figures is the last thing he would do as he knows that this not only jeopardizes a sale but can also distort the likeliness of future connections that the lead may provide. Abraham says customers like his integrity and higher values as it brings him more business and helps him spread his network.

Successful salespeople never lose their focus as they understand their duties, set goals, and give their best to achieve them. Abraham has his target and goals that he has set for himself. He has successfully aligned his personal goals with his work and strives hard to achieve his goals. This helps him to act with a purpose in his daily work and focus in all areas of his profession.

A Supersalesman has a Broad Worldview

Unlike his peers, Abraham reads a lot, and in his free time, he browses the net to look into the news and the current affairs around him. He has found his knowledge helpful in his profession. Successful sales representatives are open to different viewpoints with a broad understanding of the world and different cultures. Abraham says that as businesses tend to become global, sales are essentially based on relationships that require patience to develop with customers from various parts of the world.

They Care for Other’s Interests More Than Theirs

Abraham is a broad-hearted person with a generous nature, as opined by his colleagues and friends. This nature of his helps him convince customers that he is working for the best interests of his prospects, and he values their interests more than his own. Abraham says the customers also want to make sure that you are working for the best of their interests. This can only be communicated when the salespersons genuinely value others’ interests more than their own.

Extroversion is one of the primary attributes of Abraham’s personality. He has many friends, interests, and a natural flair for meeting and knowing other people. He enjoys company and interaction and can easily start a conversation. This inherent trait present in Abraham helps him to meet new people and make new acquaintances and friends.

Listening is another winning attribute of Abraham’s persona, which makes him listen carefully to the customers, understand their pain points, and offer them a solution. Listening also helps him in building rapport with the other person. People adore him as he has the habit of listening actively.

Abraham says that few qualities were inherent in him, and he has developed few of them. Abraham regularly coaches a few of his colleagues who find it hard to cope with sales. Abraham firmly believes that salespeople can acquire most of the qualities as well.

Not only that, these characteristics of a super salesperson would help business owners to hire better sales representatives to fuel the sales of the organization.

Knowledge, Attitude, Skill, and Habits (KASH) – matters most for success in sales